Yes, Still Breastfeeding, For Me, It’s All About Me 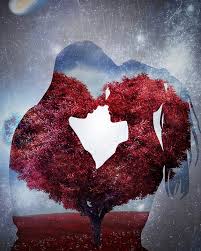 I never saw anyone breastfeed before I was in the hospital with a nurse hanging her head over my boob trying to get my first son to latch. Before this moment the only things to touch my nipples were me, my bra and men. I probably had some unspoken idea that I would breastfeed for about 6 months. Once we got rolling I pushed that to a year. I worked so damn hard to get started, I wanted to breastfeed as long as I could. A year was surely as long as people breastfed. Not that I even knew. Today I breastfeed a 4-year-old.

If that nurse had told me that I might breastfeed a 4-year-old I would have told her she was gross. Yes, I would have thought it was gross and weird and dysfunctional. I have no problem speaking loudly about my opinions, even when I am ignorant, which is much of the time. I am sure I would have joined the ranks of, “that’s going to cause long-term emotional harm. I’m a social worker after all, I would know.” “That’s sick and people who do that are freaks.” “That family has serious issues.”

I didn’t set out to breastfeed a 4-year-old, I mean Jack, he has a name, his name is Jack. He is a person, he has needs, he is unique and we have a relationship just as you have with your child. But anyway, I didn’t plan this with that nurse. I had no idea what the future held, even worse I thought I knew exactly what the future held. I was so ignorant and then so dead wrong and then so humbled by motherhood.

When Jack was about 2.5 years old I got pregnant with my second son, Exley. I had big dreams of tandem nursing and I felt anxious that Jack would wean when my supply dipped mid-pregnancy. Jack soldiered through and it ended being me that wanted to bow out. I was confused and scared of this new feeling that occurred when Jack latched on. Nursing aversion. 13 months postpartum it hasn’t let up. And neither has Jack.

While pregnant I figured this feeling would go away upon delivery of Exley. I didn’t want to wean, I was afraid for Jack. I could see that he wasn’t ready and it was providing him comfort during a major life transition. I had to create some boundaries and get through this. For him. When Exley arrived we all struggled to find our new normal. I tried to balance being there for Jack, managing this nursing aversion, getting to know a new baby, figuring out breastfeeding again and holding onto my husband so that everything wouldn’t fall apart.

While Exley bathed himself in smash-cake I thanked the universe for getting us out of that initial chaos of welcoming a new family member. But here we are. I am still breastfeeding this toddler, this little dude who doesn’t toddle anymore, who runs faster than me, out-wits me and looks more like a little boy than any baby or toddler I see at the playground. Every time he latches I want him to unlatch. I deal with it by playing with my phone, planning my day and longing for Empty Nest Syndrome. I tell him “no” like 15,482 times a day. I have strict boundaries around my boobs and he’s knows it. Our sessions are short and he accepts it. But man alive, he still needs it. And getting to this point involved a ton of tears from both of us.

I can no longer say I am practicing full-on child led weaning. I mean, I don’t know, does that mean you breastfeed on demand until they are ready to be done? I have no idea. That is not what is happening here. I can’t. I have to think of my own needs. I cannot handle nursing Jack that often. Meanwhile let the gaping hole in the earth called Guilt swallow me up and crush me to a bloody mass of mush as I have no struggles breastfeeding Exley.

I truly think my biological clock is simply telling me to stop breastfeeding the big one. I know not everyone’s body speaks to them this way, but this is where we are. Why don’t I just cut him off? I just can’t. It’s not right for us. That is not the answer for my boy. That will cause more harm than good for him, I know this as his mother. Breastfeeding has become his number source of comfort, security and connection. It doesn’t matter how you feel about us being in this place, it is where we are. I see it as my responsibility to transition him gently regardless of how much I want it to be over. He deserves that from me. He deserves the chance to transition. It’s a balancing act for now.

All this to say that I want to give a knuckle sandwich the next person that says I am doing this to fulfill my own needs. No matter your insignificant opinions about my family, if you feel that this is all about me then you really are oblivious.
Author: Shannon Bowman
Shannon Bowman has a master’s degree in Social Work and worked with abused and neglected teenagers for 14 years before her son, Jack, was born. Upon the birth of her son she quit her job and refocused her passion for advocacy to breastfeeding and gentle parenting. Shannon Bowman struggled to get started with breastfeeding and now hopes to empower mothers through blogging and public speaking to breastfeed, breastfeed in public and practice gentle parenting. Shannon’s blogs can be found at http://www.thebadassbreastfeeder.com.