The Problem With Punishment 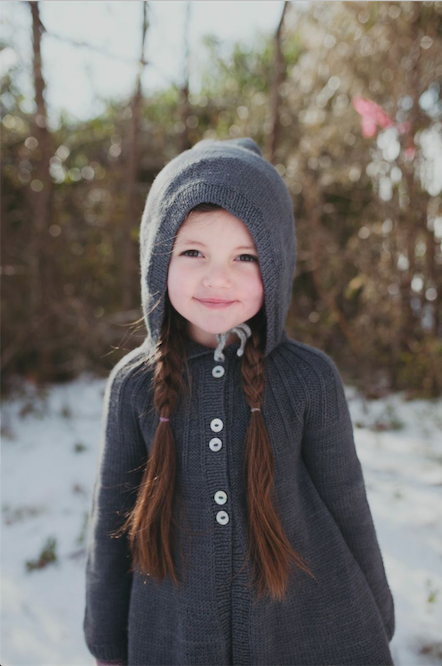 Want to know a dirty, little secret about punishment?

Punishment may be able to control a child’s behavior temporarily while they’re small or when they are in their parents’ presence, but it cannot control the person.  As with all humans, outward behavior is merely a reflection of our inner selves: our needs, our hurts, our emotional states.

While the temporary ‘payoff’ of punishment may be compliance, the need behind the behavior is never addressed and those needs merely get driven underground and often emerge later in more potentially damaging behaviors such as lying, sneaking, anger, outright rebellion, depression, aggression, addictions, etc.

In the same way that treating a brain tumor by merely taking a pain reliever doesn’t address the underlying issue, masking the symptoms of an underlying need with punishment-induced compliance doesn’t solve the problem; it intensifies it.

Want to know another dirty, little secret about punishment?

In order to maintain the temporary effect of controlling behavior, the punishment, or threats of punishment, must constantly be ramped up. Parents who start out with popping a tiny hand escalate to smacking a chubby little leg, then paddling a small bottom. Over time, as their children’s needs which have been driven underground emerge in ever-increasing behavioral issues, parents often find that they are resorting to yelling and threats and physical punishment more and more often.

Even parents who use punisment-based parenting approaches other than physical punishment find that they must escalate and escalate to keep their children under ‘control.’ Behavior charts, time-outs, grounding, and removing privileges are some examples of non-physical punishment-based parenting. While these behavior modification techniques may be less painful to children physically, they still don’t address the underlying needs being communicated by the behavior and often are nearly as destructive to the parent/child relationship.

Using isolation such as time-outs or sending children to their room separates them from their source of guidance and comfort just when they need it the most and not only misses a golden opportunity to help the child learn coping mechanisms for dealing with their emotions, but also fractures the very connection that should provide the safety for expressing those emotions. Using behavior charts, removal of privileges, grounding, etc. separates children from their parents by creating an us-against-them mentality that inevitably leads to conflict instead of creating a teamwork mentality that leads to cooperation.

Sending our children out into the world as adults with their needs met, with coping mechanisms in place for those times when the stresses overwhelm them, and with the knowledge of a safe haven where comfort is always available when the world hurts them is a powerful way to change the world for the better.

Here’s the thing, effective parenting and, more specifically, effective discipline, doesn’t require punishment. Equating discipline with punishment is an unfortunate, but common misconception. The root word in discipline is actually disciple which in the verb form means to guide, lead, teach, model, and encourage. In the noun form disciple means one who embraces the teaching of, follows the example of, and models their life after.

On the flip side, the root word in punishment is the Latin word punire which in verb form means to penalize, chastise, castigate, inflict harm, humiliate. There is no noun form of punire or its English equivalent, punishment.

Many of today’s most popular self-proclaimed parenting ‘experts’ equate physical punishment with discipline and go to great lengths to describe the best methods and tools for hitting children as well as instructing parents to maintain a calm, controlled, and even cheerful demeanor as they ‘lovingly’ hit their children.

It is interesting to note here that, when it comes to the law, crimes of passion are treated as less heinous than premeditated, planned, and purposefully executed crimes which are termed ‘in cold blood.’ And yet when physically punishing a child, a crime in many places across the globe, hitting in anger or frustration (i.e. passion) is deemed wrong by proponents of spanking, while hitting children with calm and deliberate intent (i.e. premeditation) is encouraged.

It is also interesting to note that, in the not-too-distant past, husbands hitting their wives was also viewed as not only a societal norm, but also a necessary part of maintaining a harmonious, successful marriage. In fact, a man who epitomizes the words calm and controlled, Sean Connery, shared his thoughts on the ’reasonable smacking’ of his wife in a 1987 interview with Barbara Walters in which he explained the necessity of using punitive methods to control women.

The core belief behind ‘reasonable smacking’ of wives was that there was no other effective way to control them. I agree. If controlling another human being is the goal, then force is necessary. Fear, intimidation, threats, power-plays, physical pain, those are the means of control.

But, if growing healthy humans is the goal, then building trust relationships, encouraging, guiding, leading, teaching, and communicating are the tools for success.

Many parents simply don’t know what else to do. They were raised with spanking and other punishment-based parenting methods as a means of control and “turned out okay” so they default to their own parents’ choices without researching alternatives to spanking or considering whether “okay” could be improved upon.

Consider this, more than 90% of American parents admit to spanking their children, and yet the common contention is that it’s a decline in spanking that is responsible for the purportedly escalating rates of youth violence and crime. Is it really the less than 10% of children who aren’t spanked who are responsible for all the problems of our society? Or could it be that the 90% of children who are subject to violence at home in the form of being slapped, paddled, smacked, yanked, whipped, popped, spanked, etc. are taking those lessons out into the world? Is it just possible that children who are hit learn to hit? That children who are hurt learn to hurt? Perhaps the lesson they are learning is that ‘might is right’ and violence is the answer to their problems, the outlet for their stress, the route to getting others to do what they want.

People throughout history have complained about ‘the trouble with kids today’ and they’ve pinned all the ills of their society on supposedly permissive parenting. They’ve ranted about out-of-control children, disrespectful youth, entitlement, spoiling, disobedience, violence, self-centeredness, etc:

“The children now love luxury. They have bad manners, contempt for authority, they show disrespect to their elders…They no longer rise when elders enter the room. They contradict their parents, chatter before company, gobble up dainties at the table, cross their legs, and are tyrants over their teachers.”

“What is happening to our young people? They disrespect their elders, they disobey their parents. They ignore the law. They riot in the streets inflamed with wild notions. Their morals are decaying. What is to become of them?”

“I see no hope for the future of our people if they are dependent on frivolous youth of today, for certainly all youth are reckless beyond words… When I was young, we were taught to be discreet and respectful of elders, but the present youth are exceedingly wise [disrespectful] and impatient of restraint”

“The world is passing through troublous times. The young people of today think of nothing but themselves. They have no reverence for parents or old age. They are impatient of all restraint. They talk as if they knew everything, and what passes for wisdom with us is foolishness with them. As for the girls, they are forward, immodest and unladylike in speech, behavior and dress.”

Sounds familiar, doesn’t it? Maybe, though, there isn’t really any ‘trouble with kids today.’ Maybe the problem is with parents who repeat the patterns their own parents set or with societies who view normal stages of development as somehow abnormal.

Maybe ’kid’s today’ are just kids like they have been through the ages, full of exuberance and curiosity and learning their way in a great big world, and a listening ear, gentle guidance, and trusted arms to turn to when inevitable mistakes are made are really all children need to grow up into kind, helpful, responsible, productive members of our society.

The bottom line is that addressing our children’s underlying needs, the actual causes of their behavior instead of just the behavior itself, is a far more effective parental approach as well as being significantly better for a healthy, mutually respectful parent/child relationship. Sending our children out into the world as adults with their needs met, with coping mechanisms in place for those times when the stresses overwhelm them, and with the knowledge of a safe haven where comfort is always available when the world hurts them is a powerful way to change the world for the better.

Maybe, just maybe, sowing peace in our homes is the answer for our children, our families, and our world, after all.

About the Author
Author: Trisha Warren
Website: http://www.littleheartsbooks.com
Trisha Warren is a best-selling parenting and children’s book author and founder and director of Little Hearts/Gentle Parenting Resources, an online resource for gentle parenting education, articles, and research. Books by Trisha Warren include Whispers Through Time: Communication Through the Ages and Stages of Childhood, Two Thousand Kisses a Day: Gentle Parenting Through the Ages and Stages, The Gentle Parent: Positive, Practical, Effective Discipline, and Jesus, the Gentle Parent: Gentle Christian Parenting, the first four books in the Little Hearts Handbook gentle parenting series, as well as her children’s picture books Petey’s Listening Ears and the soon-to-be-released Grumpykins series available from Amazon and other major retailers.