Vaccination requires a properly functioning immune system to work, which may explain why he has zero titers to the diseases he was immunized against. According to the CDC and the vaccine inserts, children should not be vaccinated if they are sick or on antibiotics. My son was sick and/or on antibiotics for almost every single round of vaccinations. People, I know what happened to my kid. I know. I watched it. Ginger Taylor has been compiling studies for years that link vaccines to autism. That list has now reached over 60 studies (http://adventuresinautism.blogspot.com/2007/06/no-evidence-of-any-link.html)
Another word: I am fully aware that there are children with autism who weren’t vaccinated. I am not suggesting that vaccines are soley responsible for every child’s autism. I know, however, that they caused irreparable damage to my son’s immune system which ultimately led to his autism. There. Done.
8. Acetaminophen & Paracetamol
My baby received an incredible amount of this red, liquid death. Acetaminophen shuts down the production of glutathione, the body’s #1 antioxidant. Glutathione is absolutely critical in the body’s ability to rid itself of toxins. So basically, one of the absolute worst things you can do is to give a baby acetaminophen when they get vaccinations or when their body is trying to fight an infection. The nurse at my son’s pediatrician’s office literally dosed him with acetaminophen at the exact moment she stuck in the needle. When the ear infections and stomach pain and fevers started as a result of the vaccine damage, I gave him acetaminophen to alleviate his pain. Are you starting to see how all of these horrors interlace? One problem requires a solution that creates another problem that requires a solution that creates another problem, etc. For more information regarding acetaminophen and its link to autism, see here (http://ultimateautismguide.com/2012/04/autism-and-the-environment-tylenol-acetaminophen-paracetamol/)
9. Fluoride
Fluoride probably pisses me off more than anything else on this list, because I am convinced that the fluoride program is one of the biggest scams ever perpetrated on a population in the history of mankind. If you ever have some time and enjoy history, Google “The history of fluoride.” It reads like a Dan Brown novel and would be completely entertaining, if it weren’t for the fact that children are being brain damaged by the very water they drink. I’ll let you do your own research for the nitty-gritty, but here are the basics: Fluoride contains fluorine. Fluorine is only slightly less toxic than arsenic and is more toxic than lead. It is also a carrier molecule. It loves to combine with other materials and create even more toxic situations. It also can cross the blood/brain barrier. So if there is circulating aluminum in the body from say, oh, I don’t know, vaccine adjuvants for instance, or if there is lead in the joints of water pipes, the fluoride can attach itself to these toxins and escort them right across the blood/brain barrier and into the brain. According to the National Research Council, thirty six studies have linked fluoride with reduced IQ in children. Here are some great links to fluoride information: (http://slweb.org/ftrc.html , http://www.fluoridealert.org/ , http://nofluoride.com/ , http://www.earthclinic.com/fluoride_questions_and_answers.php)
Here’s the kicker. This is the part where I bang my head on the table, pull my hair and yell, “Stupid, Stupid, Stupid!” like Chris Farley on SNL. We didn’t even have fluoridated water. I actually purchased it and gave it to my son on purpose. My pediatrician told me that he needed it because our water wasn’t fluoridated. I bought “nursery water” that came in cute little plastic bottles with pictures of Bert and Ernie and Cookie Monster on them. I also gave him prescription vitamins–Poly Vi Flor–that contained fluoride. After all of this, we still ended up with over $4,000 worth of dental work by the time he was five. This dental work required general anesthesia that contained—yep, you guessed it—fluoride. Fluoride is also in many pharmaceuticals, including the antibiotic Cipro (drops used for ear infections and Diflucan), the yeast killer we used off and on for years. How in the hell could I make sure that I didn’t give him toothpaste that had fluoride in it because it was poisonous, but give him fluoridated water? If you want a good scare, read the label on a tube of fluoridated toothpaste sometime. Ingestion of only half a tube of that candy-flavored fluoridated toothpaste could be fatal to a child, and yet we fluoridate our water supply. It is criminal in my opinion.
I can think of many more things I did wrong that I am sure contributed to my son’s health crisis. I will mention diet, toxic cookware, benzocaine teething gel and toxic building materials but won’t elaborate because at this point, common sense should dictate. I am writing this to try to hit the biggies that people really need to research to make better decisions than I did. 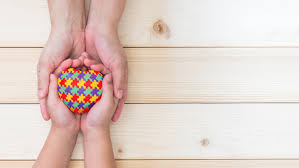 I am already anticipating three different responses to this article:
Response 1:
There will be people who read this and think, “Good grief, woman. How stupid can you be? What you did borders on child abuse. Of course your child has Autism.” And to that, I have no argument. You are absolutely right. And good for you for knowing better than I did.

Response 2:
Some of you will read this and know exactly how I fe el because your story is very similar. To all of you, you have my deepest, heartfelt sympathy. While we will always have our mistakes to live with, the best thing we can do now is to share our truth and our story to help others.
Response 3:
There will be people who feel pity for me because I have not been able to make peace with myself for my role in my son’s health crisis. You will feel compelled to reach out to me with kind messages imploring me to forgive myself. Please… don’t. It won’t do any good. I am not fishing for forgiveness, and while I know you mean well, it won’t help me. If you really, really want to help, take five minutes and send this article to everyone you know–especially those who are pregnant or have babies. Implore them to read this blog. No child should have to endure what mine has endured. No mother should ever have to experience the kind of torturous guilt I live with every day.
The mistakes I made were, by and large, recommended by healthcare professionals. That is no excuse. My son’s health was MY responsibility. I could choose to follow the recommendations or not. Even a small bit of research would have changed the outcome for my son. There are women, as we speak, who are on the way to the doctor for their second or third ultrasound. There are mothers dosing their babies with acetaminophen before their shots. There are expectant moms being hooked up to Pitocin drips. Some moms are administering unnecessary antibiotics for yet another ear infection and haven’t made the connection that their baby’s immune system is failing. There are also many, many mothers who are hearing the following words for the first time, “Your child has autism.” Help them.
I truly believe that my son’s autism was preventable. Think. Research. At this point, you can’t afford not to.

Author: Kathryn LosWebsite: https://holisticparentingmagazine.com
Kathryn Los is Owner, Editor, and Publisher of Holistic Parenting Magazine. Kathryn is married to her soulmate and together they parent six delightfully vibrant children in the Colorado Rockies. She has a background in sociology and philosophy, and has enjoyed working as a birth doula and breastfeeding counselor for over a decade. She has founded and led several women’s groups, on a spectrum of communities and interests. Kathryn is an advocate for authentic, intuitive parenting. She considers herself a cheerleader of her six life learners. She is passionate about holistic parenting, and loves sharing inspiration with like minded people across the globe.